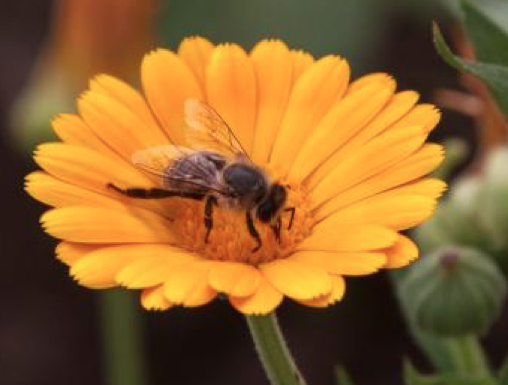 What a pleasure it has been while walking through the vegetable gardens on these icy winter days seeing the sunshine flowers of Calendula blossoming and delighting all.  Quite a sight to behold. The bright orange and yellow blooms signifying the solar force as well as reflecting the shades of sunset. They follow the Sun, gathering in the gentle, fiery, nourishing energies.

Calendula is a wonderful companion plant in the garden.  Bees, butterflies, wasps and native pollinators are drawn to these flowers, plus they repel many pests!

Calendulas are easy plants to grow thriving on minimal care. Full sun is best however, they are able to withstand partial shade if need be. When the plants start to bloom, harvest the whole flowers after the sun has dried the dew from the petals. The more they are picked the more blooms appear showing us that sunny possibilities are available to us should we choose to focus on the nourishing bright elements in our lives!

The Sun-like Calendula follows the course of the Sun across the sky thus symbolizing constancy and endurance in love. The flowers capture the warming and healing qualities of the Sun’s golden rays. This is aptly described In The Healing Spirit of Plants. Authors Clare g. Harvey & Amanda Cochrane.

“I bring the radiance and warmth of the Sun into life, spiritually dissolving rigidity and materialism”

Astrologicaly one can deduce that Calendula is a solar remedy helping to strengthen our sense of self, vitality and our connection with our core our vital essence.

Calendula officinalis has been a part of human civilization for perhaps thousands of years It’s exact origins are lost in the midst of time, but it is thought to have been used in Ancient Greece, Egypt, India and the Arabic empires as a medicinal herb as well as for adding colour to their foods, fabrics and cosmetics. Ancient Egyptians used calendula to rejuvenate their skin. Today we are still aware of its excellent effect on the skin used in many skin creams/lotions formulations. Excellent for sun burns and nappy rashes.

Europeans and early American colonists relied on calendula’s sunny disposition and gentle immune boosting properties for protection against the damp, cold of winter.

During the American Civil War, in the 1860s, doctors carried dried calendula petals in their pockets to staunch bleeding and promote healing when treating war wounds.

It was believed that strewing the flower’s petals under the bed would protect the sleeper from robbers and thieves. This would also induce prophetic dreams revealing the culprit! Travellers kept petals in their bedrolls as highwaymen deterrents. When involved with legal matters, it was advised to carry a bit of calendula in your pocket to ensure a positive outcome.

According to mythology, when the calendula petals close at the end of the day a drop of evening dew is captured, so when they open in the morning it is still there giving rise to; Calendula goes to bed with the sun and rises weeping”! Thus in the language of flowers calendula represents despair. However in Medieval times they were considered to portray love and were used in spells designed to forecast future romances. The genus name,Calendula comes from the Latin word “calendae”, which means “the first day of the month” as it flowers all year round.

Historically, calendula was known as “poor man’s saffron” as it was used to colour butter and cheese and to flavour and thicken soups and stews. It was often added to whatever was simmering over the fire; the origin for its common name “Pot Marigold”

Another use was as a dye for fabric and hair.

“Somme use it to make theyr here yellow with the floure of this herbe, not being contet content with the naturall colour which God hath geven the.” William Turner 1551.

Although the common name is “Pot Marigold” please do not confuse Calendulas with Marigolds (Tagetes). They have completely different properties.

Like many other edible blooms Calendula’s flowers are loaded with antioxidant compounds. Added to salads the orange and yellow petals add merriment and festivity to the table.

It has been known throughout the ages as a healing plant with its soothing abilities. Although a gentle herb, the healing effects derived from Calendula petals and resinous flower bracts are very powerful. Most notable is its claim to fame in being the “go-to herb for healing wounds”.

Calendula has been shown to help wounds heal faster.  It is one of the best gentle lymphatic alteratives preventing suppuration and stagnation of fluids, decreasing inflammation, prevents bacterial overgrowth and infection. Its astringent property helps to draw the wound together.

Renowned for use in inflamed and angry skins where it cools and calms.

Calendula has high amounts of flavonoids, plant-based antioxidants that protect cells from being damaged by unstable molecules called free radicals. The healing properties come from calendula’s ability to increase blood flow and oxygen to the skin. This increased blood flow to your skin means more nutrition, which helps your skin function at its healthiest and therefore look its best.

essential fatty acids, like the linoleic acid in calendula oil or extract, can also nourish your skin from the outside.

The bitter property of Calendula has a stimulating effect on the liver which is beneficial for metabolism and digestion of fats, oils and general digestive insufficiency. According to Sajah Popham “Bitters have a downward baring mechanism bringing the vital force down and out”. Fluids are thus drained from the body leading to a net constitutional drying effect.

The great herbalist Nicholas Culpepper(1616-1654), one of the most influential writers in the history of herbalism writing, described Calendula as;” an  herb of the Sun, and under Leo (linked by its shape and flowers). They strengthen the heart exceedingly, and are very expulfive. And the little lefs effectual in the fmall-pox amd meafles than faffron”. His famous book The English Physician intertwines the descriptions and uses of herbs with the stars and planets – “astrologo-physical discourse of the vulgar herbs”. Culpeper believed that the heart was governed by the Sun and Leo. Therefore, if someone needed a medicine to strengthen a weak heart the best ingredients were those which were also governed by Leo and the Sun,

He also believed that when the Sun was at its highest Calendula flowers should be cut to act as a heart tonic and fortifier.

During this period most physicians/herbalists were also astrologers.

John Gerard (1545-1612) in his Historei of Plants had already recommended that a “conserve made of flours and sugar taken in the morning fasting, cureth the trembling of the heart’.

He also mentioned that distilled marigold (calendula) flowers and leaves for “…red and watery eies”… and “ceaseth the inflammation”.(Research from the Linus Pauling Institute reports that lutein and zeaxanthin are the only antioxidants that are found in the retina of the eye, where they protect the eye from the development of cataracts and macular degeneration. The leaves and stems of Calendula contain the caratenoid lutein)

In Macer’s 12th C Herbal we are reminded to simply look at the plant to improve eyesight, clear the head and encourage cheerfulness.

Just by looking at the bright orange-yellow flowers one can see the distinctive signature of the Sun the warming solar force. They grow through “the calendae” of the year representing the connection between the solar force and the Earth. It is warming helping to thin and disperse fluids thus relieving stagnation and coldness. Vital force can be raised. The Sun represents the essential self, our core so here we can understand how solar remedies in general can help us reconnect with our vital essence. Calendula’s medicinal affinity is for moving that which has stagnated in our defence system urging the body toward healthy circulation. On a deeper level Calendula offers us an opportunity to move that which has stagnated in our lives and encourage emotional warmth and tolerance.

The yellow, orange colours of the flowers relate to the 2nd and 3rd chakras respectively which are associated with the Water and Fire Elements. It acts on the Waters of the body as it is one of the best gentle lymphatic remedies traditionally used for swollen and painful lymph nodes. The well known American Herbalist, Matthew Wood says it is specific for “those places where the sun don’t shine”. The correspondence of the Water Element and our Lymphatic system. The 3rd Solar Plexis chakra plus the bitter principle shows its affinity for the digestive system as well as the liver and the gall bladder. The resins and aromatic oils present are pungent and warming.

In Traditional Chinese Medicine Calendula’s character is drying and gently cooling. The meridians are the liver and the heart.

As a mouthwash for sore throats and gum and tooth infections, an eyebath for inflammation of the eyes and styes.

Calendula may be applied topically as an ointment, lotion and cream for chapped lips, cradle cap, dry skin and eczema, cracked nipples and nappy rash.

Calendula’s anti-fungal properties make it useful in the treatment of thrush, ringworm and athlete’s foot.

There are very few safety concerns regarding calendula. However, internal use of calendula preparations should be avoided during early pregnancy due to its ability to stimulate menstrual activity.21 Also, allergic hypersensitivity may be an issue for persons sensitive to other members of the plant family Asteraceae.21 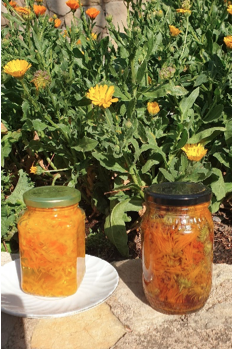 An oil infusion and a tincture in the making. 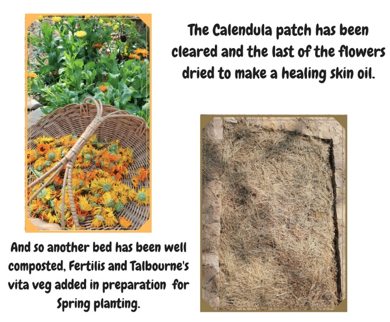 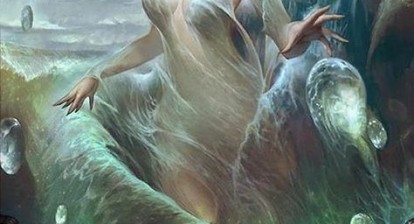 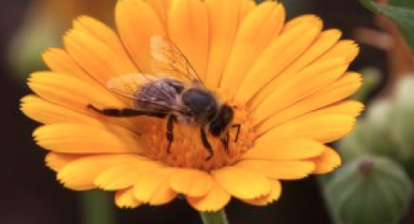 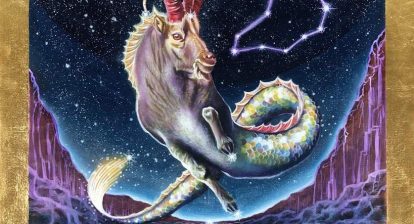